Nibbling Around the Edges in Calgary

Not all the action is downtown. These top restaurants just outside the city make for a delicious night out. 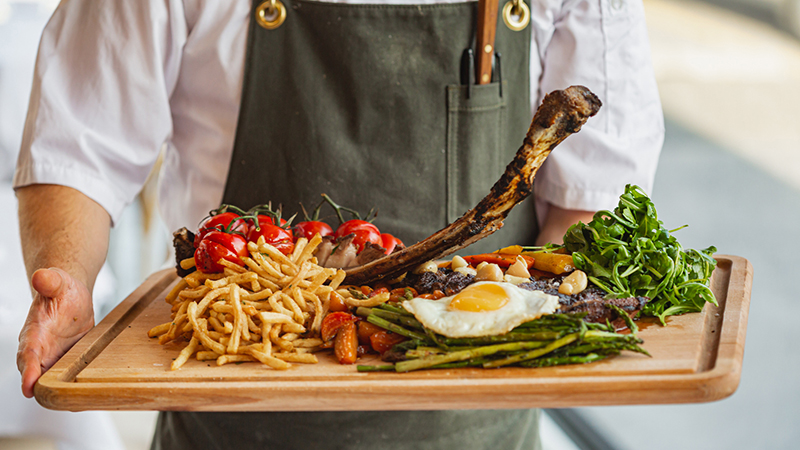 Calgary is divided into four quadrants, and in theory, it’s easy to find your way around. In reality, newcomers and the directionally challenged often find themselves on the opposite side of town from where they need to be. So watch the NW/NE/SW/SE street signs on the way to these four outstanding venues far from the city centre.

NORTHWEST
Celebrating Calgary’s First Rodeo: Flores & Pine
Just outside the city limits, where the suburbs end and the wide rolling prairie begins, Flores & Pine has taken the fossilized ’70s rose velvet and amber woodwork of the former Bear’s Den steakhouse and shaken it like a snow globe. Hauled into the 21st century, the décor is fresh and modern, with soaring ivory walls, marble tables and touches of teal on generous banquettes. Life-size stone carvings of bears and bison by local artist Trevor Duval decorate the walls, along with vintage photographs of Flores LaDue, the amazing fancy trick rider and wife of Guy Weadick, who proposed a little event called the Calgary Stampede. In summer, a glass-walled outdoor patio provides a view of the pines.

The menu is a mix of shared plates, casual bites and imaginative entrées. Sample the house-made ricotta with truffle honey from their beehives. Casual diners will appreciate the pizzas, available with a cauliflower crust and made with F&P red-wine-and-peppercorn salami or rosemary chicken. Couples linger over the tomahawk board and PEI lobster gnocchi on date night. Voted one of Calgary’s Best New Restaurants of 2020 by Avenue Magazine.

NORTHEAST
Indo-Chinese Cuisine Finds Wedded Bliss: La Jawab
It might be hard to find parking at La Jawab in the summertime. That’s because it caters huge weddings for people from all over the world in its massive Magnolia and Jasmine banquet halls. You won’t feel left out in the 62-seat restaurant though. Even if the celebrations occasionally spill outside, the restaurant stays open, serving northern Indian dishes from the Punjab and Hakka Chinese cuisine, a melange of spicy, vegetable-laden dishes made famous in Hong Kong. Co-owners Rahul Kapoor and Sachin Sarna used to run a travel agency. Nowadays, Kapoor says, “we supply everything. We import our own spices and service restaurants, hotels and grocery stores all over Alberta. Once a year we go to the world’s biggest food show in Dubai to bring back new products and new ideas.” It’s still a family-run enterprise: Kapoor senior helps out in the kitchen when needed. You’ll feel like family while enjoying some of the best chili chicken and paneer dishes around.

SOUTHEAST
The Best Is Yet to Come: Chairman’s Steakhouse
Inspired by Las Vegas and wild nights with Frank Sinatra and the Rat Pack, Chairman’s is grabbing the spotlight and doing it their way. Snorting bulls painted black-velvet style adorn the walls of the plush upholstered mid-century-mod dining room that overlooks Mahogany Lake. Their horns point to the steak that’s about to hit your plate, baby—this is a full-on steakhouse. Executive chef Cedric Truchon has fed the flames at some of Calgary’s most prestigious grills, including Hy’s and Vintage Chophouse. Now he rounds up the best Canadian prime and cuts it in-house along with grass-fed, grain-finished beef from Australia and Japan. After a day at the home office, diners sip smoked cocktails and sway to a roster of crooners in the lounge on Friday and Saturday nights. The wine list is a knockout, with more than 500 selections. It secured a 2020 Best of Award of Excellence from Wine Spectator, thanks to wine director Dean Norris.

SOUTHWEST
The Name Says It All: Purlieu
The dictionary defines “purlieu” as the area near or surrounding a place. That sums up Purlieu’s carefully chosen location in the community of Oakridge. Chef and co-owner Eric Mah says that “there’s nothing like it anywhere in the area. In fact, it took us several months of researching before we concluded that there’s really nothing like us for 20 minutes in every other direction.”

Purlieu opened in May 2019, aiming to provide an elevated, tranquil downtown dining experience in the suburbs. Since then, the restaurant has been featured in the Calgary Herald and The Globe and Mail and on the Food Network.

The core of the menu is inspired by the classical French training of Mah and his co-owner, Jason Armstrong, combined with their love of travel. No surprise, then, that their most popular dish is moules frites: Salt Spring Island mussels and fries in a vadouvan curry broth. Extensive research also went into the house burger, a blend of Alberta Wagyu short rib and flat iron steak that’s meticulously seasoned to stay moist. There’s no pepper, for example, because according to Mah, “pepper on a grill tends to scorch, and then you get hints of bitterness. So we do a pretty unique burger here, and it’s actually a huge, huge hit.” There are only 37 seats in this upscale, approachable bistro, so reservations are de rigueur. 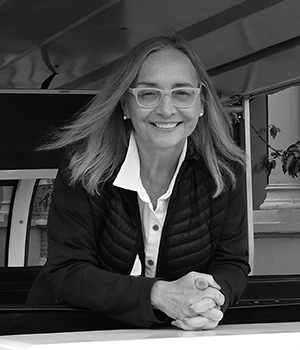 Singapore is a City, State and Country Rolled Into One

Backpacking in Europe With the Kids