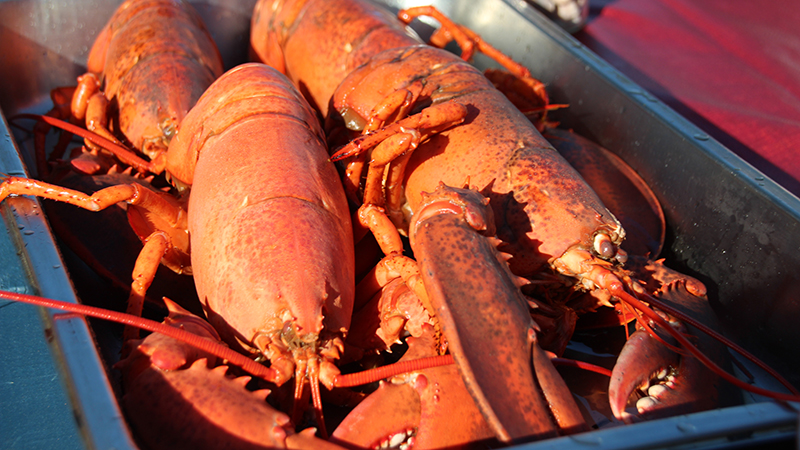 Even on this protected harbour at Lower Prospect near Halifax, there’s a chop on the water today. We’ve ducked our kayaks into a gut carved through ancient granite for a rest. Our guide takes the opportunity to spin a yarn of epic proportions to explain why the landscape around us is littered with boulders the size of minivans.

Giants once roamed these shores, he claims, just like any of us would stroll a beach. Every so often, pebbles would lodge in their shoes. When they shook them loose, the pebbles came to rest here and there, creating the landscape we see today. While I know the scientific version involves glaciers that retreated thousands of years ago, dropping debris as they melted, the guide’s version has me spellbound.

The feast runs from oysters to halibut ceviche drizzled with balsam fir oil to bowls of steamed mussels.

The paddle is part one of the great Sea-to-Table Lobster Adventure, a magical day with East Coast Outfitters (ECO). We head back out on the open waters, scooting across the bay to Herring Hole, where we duck beneath a low bridge. A few fishing boats are tied up at a tiny wharf. On the pier beside Who Cares, we find Captain Lyle Morash and his deckhand and father, Louie.

They’re working at a wooden table so worn it’s a wonder it’s still standing. Here, they demonstrate the skill of banding lobsters’ claws in blue rubber bands. It looks easy, but when I give it a try, I discover just how tricky a manoeuvre it is. Then I imagine these guys completing this task aboard a bobbing boat in cold, wet weather.

Captain Lyle leads us aboard Who Cares for another demonstration, this time of setting and hauling wooden lobster traps. First mate Louie hands me a gaff—a hook on a long pole—and tells me to snag the buoy line as the boat drifts by. It takes a couple turns, but I finally hook it. Louie slips it into the hauler, which winds the rope onto the boat until the trap surfaces.

Wise Old Salt
Boiling or steaming lobster in seawater gives it that unique ocean taste. But if the Atlantic isn’t within reach, use one-quarter cup of salt for each gallon of water. Figure about 15 minutes of boiling.

As we work, father and son tell stories of hard work and danger. “This place is full of rocks,” Captain Lyle says. The boulders from the myth of the giants are also strewn across the ocean floor beneath us. The captain says his greatest fear is losing power and leaving the boat to the whim of waves, wind and giant rocks. By the time we reach the ECO dock, we have a new respect for those who fish the dangerous North Atlantic.

Chef Dennis Johnston shows us to our table next to his makeshift outdoor kitchen, where he’s preparing a feast of local foraged, farmed and fished foods. The star of the show is, of course, lobster, which he’s steeping with seaweed in a giant pot.

The sea-to-table feast runs from oysters with homemade mignonette to halibut ceviche drizzled with Johnston’s balsam fir oil to bowls of steamed mussels flavoured with smoked dulse, a local seaweed. At sunset, the lobsters are served. Before we tear into them, we take a moment for a last look at all those boulders standing in silhouette against the fiery sky. I imagine giant figures, striding in the distance, stopping occasionally to shake pebbles from their shoes. 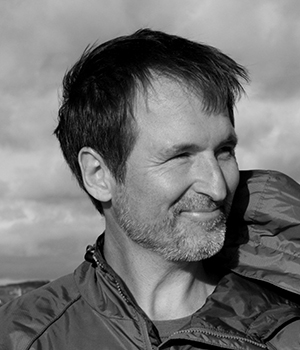 Darcy has written about family travel to Paris, romance in a Spanish castle, fall colours in China, volcano vacations in Costa Rica and food as history on the Magdalen Islands. He is the author of six books.