Wheel Your Way Into a Winter Segway Tour

There’s nothing like a speedy, two-wheeled spin through town—especially when it’s freezing cold.

Travel Alberta
Segways get special winter tires made in Germany for snowy swings through Louise McKinney Park in Edmonton.

When I first stepped onto a Segway with the team from Edmonton-based River Valley Adventure Co., I couldn’t help but feel I had wheeled myself into the Jetsons cartoon. With just a swivel of the hips, a slight shift of the body, I was as mobile and futuristic as any of that TV family’s space-age contraptions.

I remember the fits and giggles as I activated the sensors beneath my feet and started moving, rolling along the North Saskatchewan River past stands of old-growth trees and over a series of foot bridges. I also remember the irony of it all: I was immersed in nature yet employing technology to zoom through the largest expanse of urban parkland in Canada (more than 7,000 hectares).

Look where you want to go. Lean to your left or right, and the Segway follows.

Problem-Solver
The self-balancing Segway personal transporter was invented by Dean Kamen in 2001, who now holds more than 1,000 patents. He is also known for creating specialized wheelchairs and prosthetic arms.

When I returned to Edmonton in the middle of winter two years later, I lucked into Segwaying all over again, but this time the entire river valley was under two feet of snow. “Segways became so popular in spring, summer and fall,” says River Valley’s Chris Szydlowski, “that we equipped our Segways with special snow tires from Germany and started offering tours in winter.”

And there I was that February morning, rolling giddily through Edmonton’s snow-covered Louise McKinney Riverfront Park for two hours in my parka and snow boots (with a helmet, of course), getting close-ups of the meandering North Saskatchewan, its banks covered in snow.

“Eyes forward, hands relaxed,” says Szydlowski, outlining his basic training. “As you lean forward, the weight shifts in your feet and you start moving. Never push or pull on the handle bars. All the control should be through your feet. When you stand still, your Segway stands still. You look where you want to go, lean to your left or right, and the Segway follows.”

And if there’s a patch of snow on the trail? “Don’t stop,” Szydlowski advises. “Just bend your knees, and power right through it.”

Niagara Wine Country
In Ontario, oenophiles can join the 45-minute wintertime tour of Henry of Pelham Winery with Niagara Segway. Guillaume Donnat takes guests for a two-wheeled ride through Henry of Pelham’s vineyards in the Short Hills Bench region of the Niagara Peninsula, blending outdoor Segway fun with a dose of history. Participants learn about the history of the Pelham family, which dates to the War of 1812, and about what makes the Niagara Escarpment one of the best wine regions in Canada. The tour ends with a tasting of the winery’s signature Baco Noir and ice wine.

Old Montreal
Eco Tours Montreal’s guided winter Segway tours take guests wheeling through historic Montreal along a two-kilometre stretch of the St. Lawrence River, past the Lachine Canal, the Montreal Clock Tower and other landmarks. Participants on the sunset tour see the Jacques Cartier Bridge and the Montreal Ferris wheel—La Grande Roue—illuminated at night. Add a dusting of snow and you’ve got the perfect night out. 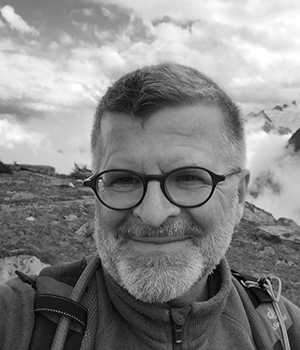 Doug is an avid outdoor enthusiast who believes in trying new adventures each season—whether they leave him white-knuckled or not.