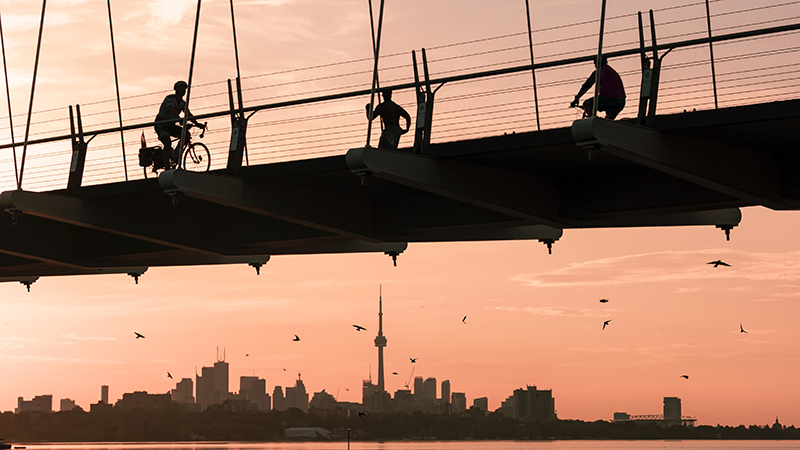 I was wandering through the woods last fall when I spotted a small crowd gathered on the edge of a rushing river. With the enthusiasm of fans at a Raptors game, they were cheering on a group of salmon fighting their way upstream, through rapids and over waterfalls, on the arduous journey to their spawning grounds during the annual salmon run.

Making a run at a metre-high cascade, they’d fling their flashing silver bodies into the air before tumbling back into the swirling water below. But every once in a while, one of them would make the leap—to cheers and applause from the crowd. Eventually, I tore myself away from the action and walked five minutes to the end of the trail before turning onto a major road overlooking the CN Tower.

Perhaps just as remarkable as the salmon run itself is that places like this exist right in the heart of a sprawling urban centre. The same trail that winds through Toronto’s extensive ravine system—where I’ve also seen deer, fox and coyotes—is part of the most urbanized river system in Canada, spread out over 11,000 hectares.

River-Surfing in Calgary
While Tofino is known for its year-round surfing, lesser known is the growing surf culture in Calgary. Yes, Calgary. So long as it’s not freezing outside (and I would venture a guess that even that won’t stop most Canadians), river surfers head over to the Bow River, just downriver from the 10th Street Bridge, to ride its natural, standing wave. Before you go, check out the wave forecast from the Alberta River Surfing Association.

Kayaking and Canoeing in Ottawa
While the Ottawa River is known for offering up some of the best white water in Canada, you don’t have to leave Canada’s capital to get out on the water. The Rideau Canal offers calm waters for paddling. The Rideau Canoe Club, which has been around since 1902, rents canoes and kayaks near Mooney’s Bay. Or get some white water action on Class 2 rapids at the one-of-a-kind urban paddling park and white water course for kayaks and canoes at The Pumphouse, open even in winter.

Sport Fishing in Scarborough
Canada has some top-notch sport fishing, attracting anglers from around the world to remote wilderness lodges—and Scarborough. You don’t need a float plane to get to Bluffers Park Marina, yet it offers access to some of the best salmon sport fishing in the country. A range of fishing charters offer day trips on Lake Ontario, where you can attempt to reel in a trophy-sized salmon, all just 20 minutes from downtown Toronto and 10 minutes from Highway 401.

Whale-Watching in Quebec
People travel to Quebec for the food, the culture, the festivals—and did I mention the food? They don’t usually come here for the whale-watching. And while you won’t find whales in the Old City (unless they’re lost), you can catch a bus from downtown to the Saguenay-St. Lawrence Marine Park where—from May to October—you can spot blue whales and humpbacks. And still get back in time for a night on the town. 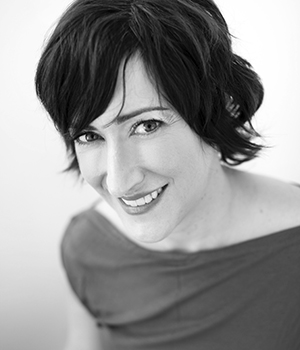 Vawn ditched the cubicle lifestyle to backpack solo in Asia and has been on the road ever since. Her travels have taken her to some of the world’s most exotic locales, from the cobblestone streets of old Tbilisi in Georgia to the ancient Guge Kingdom in western Tibet.

What's a Teetotaller Doing on a Wine Cruise?