Las Catalinas in Guanacaste lays out the welcome mat for a certified chef-fuelled shindig. 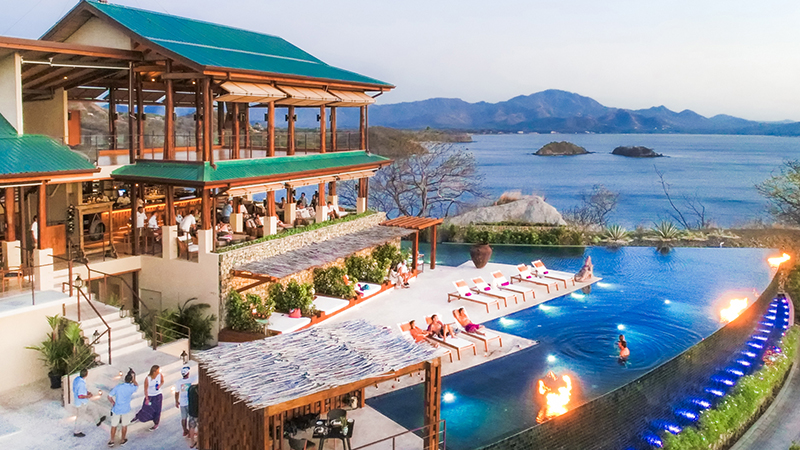 Las Catalinas
Las Catalinas is a new beach resort “town” on the Guanacaste coast of Costa Rica, host of Guanacaste Nights in February 2020. This culinary event brought together local and international chefs, each putting a unique spin on Costa Rican ingredients.

Chef Gilberto Briceño commandeers a pool skimmer to help reach the starfruit he’s spotted in the upper reaches of a carambola tree. After a little rustling, he captures the leathery fruit in the net, plucks it from the branch and gently lowers it to me like a prize butterfly.

I’m in Costa Rica, home to a dozen distinct ecosystems, from lowland tropical rainforests to mangrove swamps, coral reefs to highland mountain rainforests, and fully five percent of the world’s global biodiversity. In addition to making for beautiful landscapes, the country’s richness also provides an almost overwhelming, and largely untapped, array of delicious things to eat.

That realization inspired the team at Las Catalinas—a car-free resort built around the principles of New Urbanism in the province of Guanacaste on the country’s west coast—to invite chefs from around the world to discover Costa Rica’s unsung ingredients and interpret them through their own styles at a two-day event called Guanacaste Nights.

February 2022
Las Catalinas is set to revive the magic of this culinary event early next year, but dates have yet to be comfirmed. Return here for updates as plans unfold.

Even on my walk with Briceño, a local chef and freelance culinary director who’s showing me around for the day, we encounter a pantry’s worth of ingredients growing naturally throughout the grounds. We pull tall strands of lemongrass, plump and aromatic, straight out of the soil. We dig fresh turmeric root, the smoothie-lover’s superfood of the moment, straight out of the ground only a few steps from a mountain-bike trail. Papaya, soursop—a misleading name for one of the sweetest, most succulent fruits on earth, like a cross between citrusy apple and strawberry with a bananas-rich creaminess—and mango trees provide shade, decoration and nutrition. Maracuyá vines (a.k.a. passion fruit) are laden with fully ripe fruit and more flowers indicating the next harvest to come.

“Throw a seed in the ground here and it will grow,” Briceño says. Sure enough, any herb a chef could imagine is available in abundance along with many that most cooks in North America have probably never heard of.

Laden with wild produce, we take a break to watch the surf. “Out there are tuna, sea bass, mahi-mahi, snapper, marlin and wahoo,” Briceño says. “The easiest way to cook here is simply to tell the fishermen and farmers ‘Just give me what you have.’ Part of my belief is that a cuisine should benefit the community. That’s why I don’t like cooking from recipes and ordering from suppliers—I just like cooking from my heart.”

For visiting chefs like Ryan Hardy, owner of New York’s Charlie Bird, Pasquale Jones and Legacy Records, Costa Rica’s abundance is nothing short of revelatory. “The first time I came down here,” he says, “I probably tried four or five different fruits that I’d never seen or heard of before. I tried tomatoes that I’d never seen, including the incredible tomate de arbol that looks like an arbol chili but is a tomato that is crossed with passion fruit and has that tropical flavour and the texture of a tomato. It’s crazy.”

For all of its abundance, however, Costa Rica has never really developed a reputation as a culinary destination. That’s starting to change with chefs like José González from Al Mercat restaurant in San José embracing farm-to-table cooking and Pablo Bonilla from Sikwa rediscovering the region’s ancestral cuisine. At Restaurante Silvestre, also in San José, chef Fernández Benedetto might cook responsibly sourced fish in banana leaves and serve it with a purée made from hearts of palm or play on the idea of caldosa—ceviche served in a bag of chips—by serving cured fish and octopus over house-made tortillas with avocado, ginger and daikon.

While these relatively high-end restaurants in the country’s capital might be pushing the boundaries, out in the countryside the traditional cuisine is far less adventurous. Like many diets in the region, traditional Costa Rican food is based on fruit and vegetables, with rice and beans normally served at every meal.

This reality is familiar to a chef like Mawa McQueen, the Aspen-based chef and owner of Mawa’s Kitchen. “I was born in Ivory Coast,” she says, “and we have the same problem in Africa as they do here in Costa Rica, where we have so many ingredients, but all anybody wants to do is basic plantain, either fried or boiled.”

She is quick to add that this isn’t the result of a lack of creativity, but a lack of opportunity. “It takes money to be creative,” she says. “If you have two ingredients and you only have the basics, you can’t be creative. In America, we do a lot of recreational cooking. People here can’t afford to do recreational cooking unless you work in a hotel, and that’s a problem. A place like this has the opportunity to be an incubator.”

For Mohamed Alkassar, one of the organizers who helped bring the chefs to Costa Rica, that opportunity is exactly what motivated the program to begin with. “My wish,” he says, “is that these chefs come here and bring something with them, so that our staff learn, our guests learn, our management team learns—but the chefs learn as well. I want them to celebrate the region of Guanacaste and everything these people have done. So it’s not just about the chefs but about the region and all of us being here together.” 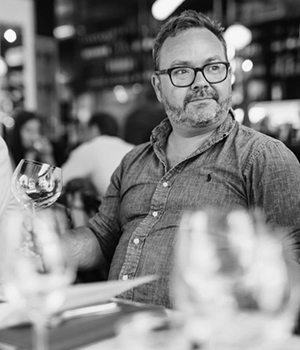 Chris has written extensively for The Globe and Mail, enRoute, Toronto Life and Saveur, among other national and international publications. He is the co-author of True North and The Last Schmaltz. His next book, A Year at Langdon Hall, will be out in Spring 2022. (Photo: Kayla Rocca)

Road Trip: The Scenic Route Around the Gaspé Peninsula

Field, Forest and Feathers on the BC Bird Trail