A visit to the East Coast’s top gay summer resort is my annual mussed-do. 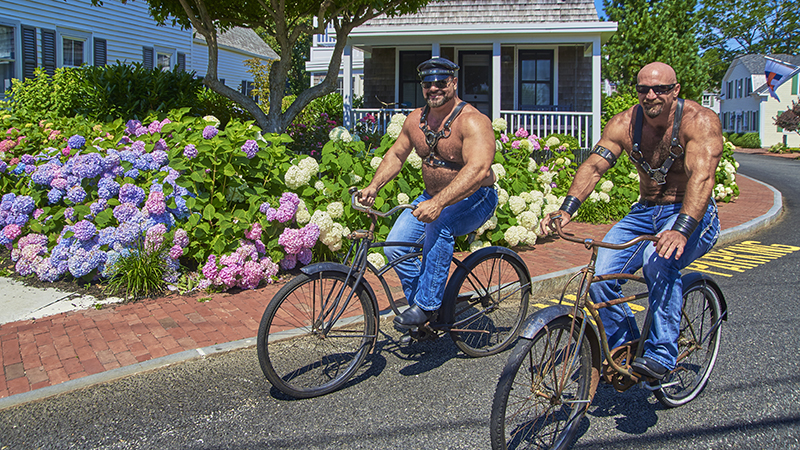 Each year when I make my pilgrimage to Provincetown, I’m struck by the irony of the fact that this haven of the queer and the arty was the first place the Pilgrims landed back in 1620, not Plymouth Rock. If only they could see it now. I bet that all the reasons those Puritan settlers would disapprove of Ptown today are the reasons I love coming back again and again.

Anchored to the very tip of Cape Cod, Massachusetts, at the “fist” of the bodybuilder’s flexed arm, sits what has become a melting pot of tourists, artists and a full spectrum of the LGBTQ community mixed in with town folk and burly seafarers.

Ptown almost feels like you’re on an island. This could be because most people take a ferry or a tiny plane to get there, rather than make the crowded highway drive all the way up the Cape.

The ferry is actually one of my favourite parts of the experience, a two-and-a-half-hour majestic cruise through Massachusetts Bay and beyond. Sitting indoors with a glass of Champagne and a hot dog from the snack counter or feeling the salty breeze hit my face above-deck, the ride always seems to intensify my anticipation. And if you happen to go during my favourite time of year, Bear Week, you’ll find the boat packed shoulder to shoulder with a slew of happy, hairy creatures who are just as eager to begin their adventure ashore. You can imagine what everyone’s thinking when they first see the Pilgrim Monument standing tall and erect over the harbour.

Provincetown Tourism
Provincetown Carnival in August is an annual week of celebrating LGBTQ+ life in fine fashion with costume balls and a giant parade.

Once I came for Bear Week in the middle of July, I knew I had found my tribe.

She Has a Past
While artists began arriving in Provincetown in the early 1900s, and drag queens have been performing since the 1940s, it was the 1970s that got the gay tourism balls rolling.

Though you can visit Provincetown year-round, many of its businesses are open only during peak season, starting with Memorial Day and ending at Halloween. During that time, most of the weeks are themed, attracting different crowds, some geared toward queer women, such as Girl Splash or Single Women’s Weekend. The 4th of July draws a very preppy, privileged spring break crowd, which is abhorred by most of the regulars there. My very first visit was Carnival, the second-largest week of the season, complete with costume balls and a spectacular parade. But once I came for Bear Week in the middle of July, I knew I had found my tribe.

Bear Week is not only the busiest week of the season, attracting tens of thousands, but is also the largest gathering of bears in the world. You don’t have to be a full-fledged bear man to attend, either: the week attracts queers of all stripes—otters, twinks, muscle queens, trans folk or just the bear-chasers. This summer will be my eighth time attending, and I can’t wait to walk down Commercial Street while big hairy men ride past on bicycles, drag queens with megaphones promote their shows on the sidewalks and half-naked cuties lie out on the beach. I’ll devour my long-awaited lobster roll and frosé at Canteen and meet friends for oysters and a Teatini at The Red Inn.

Go where the music takes you.
When it comes to partying, most of the tourists who come to Bear Week attend the main events held by the local bars. These parties can feel a little too “circuity” for me, with their blaring Cher remixes and that ever-intrusive air horn. Cool kids in the know head instead to the Bearmania affairs. Mark Louque, a DJ and artist who used to live in Provincetown year-round but now resides in New Orleans during the off-season, is the creative brain behind Bearmania. He’s also the man responsible for first inviting me to Ptown back in 2012 to DJ his Fagbash party, still a Wednesday night staple, running stronger than ever, featuring DJs from across the world.

Louque’s mission for Bearmania is to showcase queer talent from all over the US through a series of ragers hosted in different venues throughout town, inviting already-established parties from different cities—such as Bears in Space from LA, Harder from New York and Polyglamorous from San Francisco—and giving them each their own night. This gives everyone the unique experience of how each of these parties from around the country like to get down. I’ve had the pleasure of guest-DJing all of them and had a blast at each one.

I’ll never forget DJing a pool party at Provincetown Inn, playing sun-ripened tunes to a pool so packed with bears we had to move the sound equipment back because the pool was overflowing so much. It was literally bear soup!

Another huge highlight for me was performing in drag at the largest Bearmania event of the week, Horse Meat Disco, one of my favourite DJ collectives, famous for their weekly party at The Eagle London. Another crowning moment: the time I won the coveted $500 prize at the cutthroat Showgirls Drag Competition, lip-synching my heart out to Barbra Streisand’s “Prisoner” while wearing handcuffs and an orange prison jumpsuit.

Provincetown seems to bring out the best in people. I’ve met some of my most cherished friends there from all over the world. I’ve even met a few queer icons like Mink Stole, Casey Spooner and Armistead Maupin. I love those magical after-party moments in living rooms full of tipsy people singing along to whatever is being banged out on the piano, the midnight rendezvous to the Dick Dock, a late-night cruise spot tucked under the Boatslip Resort. I love hanging on houseboats and cruising dads in the aisles of the Stop & Shop, or laughing my ass off at Dina Martina, “the Second Lady of Entertainment,” at the Crown & Anchor.

It’s for these reasons and so many more that I will continue to come back to this little New England sanctuary and surrender to Ptown’s charms again and again. 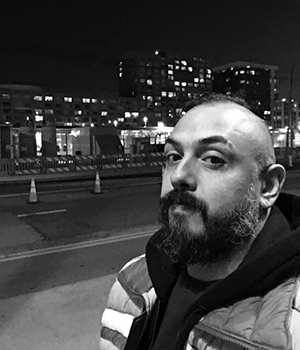 Sindri is a DJ, artist and event producer from Los Angeles, who's roots in nightlife started in San Francisco and the California Bay Area in his teenage years. He has been fortunate enough to play music and share his passions all over the world.

Sure Siem Reap is a Little Touristy, So Wat