Grow With Your Gut

At Inasphere Winery in Southern Ontario, a mixture of resilience and instinct appears to be winning the day. 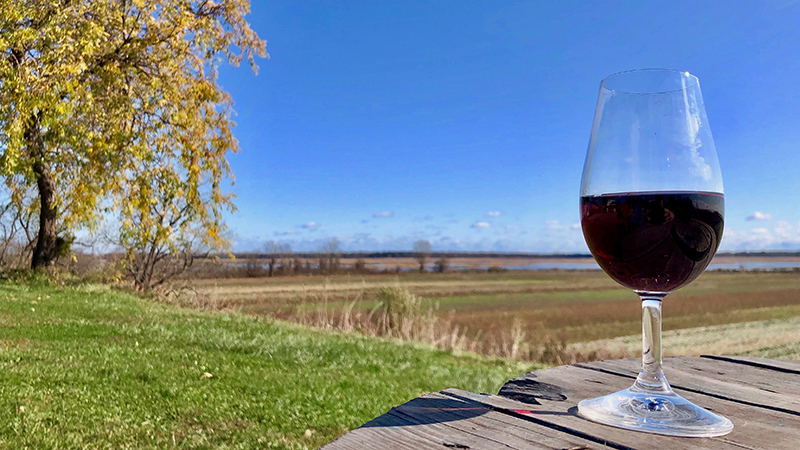 The word “winery” often calls up images of charcuterie boards, fragile stemware and a certain amount of pomp. But while that whole charade is part of the fun, at the end of the day most wineries are, at their core, farms.

This is something Ryan and Shantel Bosgoed, owners of Inasphere Winery and Farm Market in Ontario’s Norfolk County, have not forgotten. Their refreshing lack of pretension is far more reminiscent of farmers who are passionate about wine than wine snobs with a predilection for growing squash.

“I stress the importance of Inasphere being a farm winery,” Shantel says. “Honestly, I see some people arriving in heels and I almost feel bad, but this is the experience. We’re not going to tell you you’re right or wrong—just come enjoy.”

The Bosgoeds bought the farm from Ryan’s family in 2013. During that first year, they suffered a massive flood, their fields entirely underwater. After getting through that as best they could, the market went flat on tomatoes, one of their main crops, so they were forced to sell tomatoes and other produce at the food terminal in Toronto three nights a week. They would work all day, eat dinner and head to the food terminal. They’d arrive around one in the morning and stay until five or later, then drive back to Norfolk County and do it all over again—all this with a newborn.

“We did that three nights a week in the summer for three years. That’s when we decided that we needed to make a change,” Shantel says.

“There’s potential in everything. You have to look at what you’re given and see what it could be.”

Planting the seed.
During college, Ryan had done a co-op placement at a large estate winery in Niagara, so the interest in winemaking was there. The couple had also noticed that wineries near them were working together in ways that farms weren’t, sharing tips and machinery. Taking the plunge, they started small, planting a half-acre plot with 10 grape varieties, focusing on Riesling and Cabernet Franc, since they were known to do well in the area. Ryan even modified an old horse-drawn garlic planter to fit a tractor. While this method worked brilliantly, it also speaks to their ideology. From planting to picking, there’s a focus on doing only things that feel right. “We’ve always focused on quality,” Shantel emphasizes. “We could harvest faster with mechanical harvesters, but we feel that there’s something you lose with quality when it’s not handpicked.”

The couple built a small tasting room, since they didn’t know whether their new venture would succeed. And despite the winery’s rapid growth, that decision turned out to be fine, as it encourages people to sit outside during their visits and appreciate the views that stretch all the way to Turkey Point and Lake Erie. There are, in short, few views in the province that rival it.

Then, after three years of hard work, and much to their surprise, the Bosgoeds sold all the wine from their releases the very first year—and have sold out every year since.

Turning lemons into lemonade.
Just as the pandemic was getting underway, the dike the Bosgoeds had built to prevent recurring floods was breached in April 2020. They hopped in their ATV and raced down to the fields, only to realize that there was nothing to do until the flooding stopped.

“It was like Niagara Falls,” Shantel says, recalling how they watched the water pour over the dike. Thankfully, the buds on the grapevines had not yet broken, so the fields were saved from ruin. The Bosgoeds think the flood actually helped the grapes. Last year, they produced about 7,000 bottles of wine. This year, production is estimated at 40,000 bottles. “The one good thing about 2020,” Shantel jokes.

Finding positives in the negatives seems to influence their approach to more than a few things with regard to wine production. For example, they released a wine called the Grey Area, which is essentially a white Pinot Noir. It was a grape that hadn’t sold particularly well for them in the past, but the moment they decided to lean in to its unique nature by branding it as an ambiguous rosé, it became a bestseller.

“Not everything has to be perfect,” Shantel says. “There’s potential in everything. You have to look at what you’re given and see what it could be.”

Being true to your roots.
No matter how much Inasphere grows, the Bosgoeds don’t want to become a winery that makes you feel like you don’t belong there if you’re not “a wine drinker.” Part of their goal is to welcome those who’ve been alienated by wine culture in the past. They want to keep prices low and be open to feedback from customers. They also want to stay agile and adaptive so that they not only survive difficult years, but perhaps even capitalize on them.

All of a sudden, with a big yield this year, the couple is once again assessing the interplay between farm and winery. Perhaps now is the time to expand. Shantel and Ryan have always known that growing vegetables makes them who they are, so that’s there to stay, but they are also undeniably intrigued by what the future holds for Inasphere wines. Based on their track record, I wouldn’t bet against them. 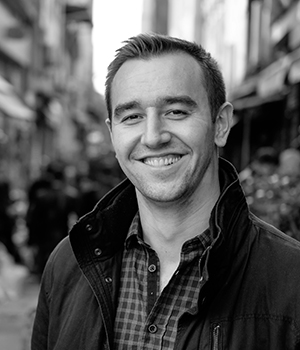 Christopher’s work has been featured in such publications as USA Today, National Geographic and Outpost, among others. He’s the founder of TravelingMitch.com and co-founder of UltimateOntario.com.

Ontario Cycling Routes: Exploring the Province One Kilometre at a Time

Field, Forest and Feathers on the BC Bird Trail