Nothing Like a Rim of Sprinkles to Gay-Up a Cocktail

Get out the Pantone swatches! Empress 1908 Gin lends a blue hue to summer fun. 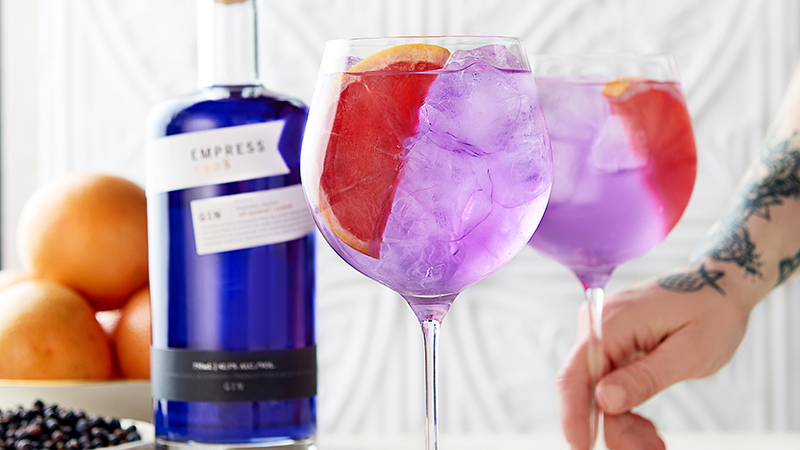 Empress 1908 Gin
Amp up a traditional gin and tonic by adding a slice of grapefruit instead of a wedge of lime next time.

Just in time for back-yard shindigs, the nice people behind Empress 1908 Gin have created a new cocktail to celebrate their fourth anniversary of producing the blue spirit in collaboration with the Hotel Fairmont Empress in Victoria. It’s called Written in the Stars, and it drinks like a fresh take on the classic French 75.

Famous for turning pink when tonic or citrus is added to it, the Empress 1908 Gin gains its colouring from a special ingredient, of course—“Butterfly pea flower is what gives the gin its earthy flavour, soft texture and all-natural colour,” says distiller Peter Hunt.

Indigenous to Thailand, the dried pea blossom has a warming, rounding influence, complementing the other botanicals effectively. They include the Empress Hotel’s signature blend of black tea, along with more traditional elements like juniper, grapefruit peel, coriander seed, cinnamon bark, rose petal and ginger root.

Get out the sprinkles for this fun recipe below, created by brand ambassador Tracey Eden.

Written in the Stars

Rim a chilled champagne flute with sugar sprinkles. Add the first four ingredients to a cocktail shaker and shake twice. Strain into the glass and top with sparkling wine. 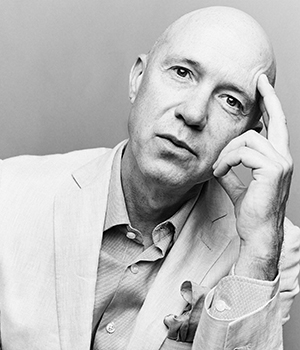 Doug is executive editor of Travelier. He is also a travel copywriter and media consultant. You will find him beside buffet tables, on massage tables and table-hopping around the world, eating, spa-going and napping, of course. (Photo: Luis Mora)