Sweeter the Second Time Around

Return visits to bucket-list destinations can be even better than the first time. 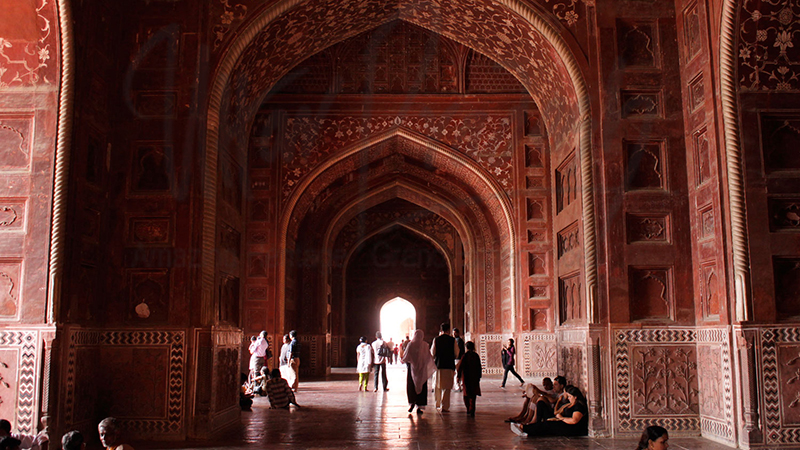 Uttar Pradesh Tourism
The 16th-century town of Fatehpur Sikri on the outskirts Agra of was abandoned in the early 17th century due to lack of water. It is now a Unesco World Heritage site.

People come to Peru from all over the world to be able to say they have been to the legendary archeological site of Machu Picchu. And yes, the 15th-century Incan ruins are breathtaking, as are the views of the Sacred Valley beyond. I made my first pilgrimage about 10 years ago and was completely awestruck. But during my visit last year, as my tour group clustered around our guide on the spot where the city’s quarries were located, we became completely focused on the hungry llama who had found a banana peel atop a backpack and wanted to find more. Our tour stopped dead. Lost City of the Incas? Pshaw. This second time around, I was up for fun. If the naughty brown llama sticking his or her nose into our pockets looking for more snacks was the star of the day, so be it.

The whole point of a bucket-list destination is checking it off, declaring it “done” and then making plans to hit the next destination. Bucket lists can feel regimented—or worse, overwhelming—as we struggle to balance the tension between expectations and reality. But life is about second chances. There’s a special pleasure in reuniting with a place after the feelings of “OMG, I’m finally here” have evaporated.

Visiting some iconic sites a second time has allowed me to be more curious and reflective about the experience, to be more present and connected with the people around me and to observe how the place has changed—and how I myself have changed—since we last crossed paths.

“Strolling along, looking at the images, I was not inside history, but looking back at it.”

It's like visiting an old friend.
My first do-over was during a backpacking trip around India. I spent the better part of a day at the Taj Mahal, the world’s most famous monument to grief, a 17th-century marvel. I was so blown away by its beauty and its cleanliness, I went back the very next day. With all my photos dutifully taken already, I was able to focus on getting a better sense of the area’s geography and history. I sat for a while behind the Taj, looking out at the Yamuna River, which connects the capital of New Delhi to the north with the Ganges River to the south. The Taj, I realized, wasn’t merely a day trip inside a touristy snow globe but part of a larger array of sacred places connected by ancient waterways.

I usually try to leave some time between visits to iconic sites, to allow my perspective to grow and evolve. There was a gap of almost 30 years between the first time I saw Paris’s Arc de Triomphe and my most recent circumnavigation of it. The grandly neoclassical tribute to the country’s war dead has a personal meaning: the final point of my first walk on my first day ever in Paris, it was like a hallucination at the end of the Champs-Élysées, an indelible stamp in my memory banks. In the years since, I have seen so much neoclassicism and so many war monuments. So on a recent visit, I brought a more mature eye; the Arc de Triomphe is not just a single monument, but an assemblage of commemorations that reflects the country’s experience of war over time. My return to Cathédrale Notre-Dame de Paris—which I’ve visited on the same timeline as the Arc—was a much tougher emotional experience, coming just a couple of months after the April 2019 fire that destroyed much of its roof and many of its spires. Cranes and scaffolding everywhere, it felt like visiting an ailing friend equipped with the memory that I knew her when she was at her best.

My first visit to Los Angeles was a cranky one. I resented the city’s decentralized urbanity and what I took to be fake Californian cheerfulness. On touristy Hollywood Boulevard Walk of Fame, I caught a glimpse of the Hollywood sign in the distance and thought, Whatever. During my second visit to Los Angeles, almost a decade later, I came to appreciate that the city doesn’t like to show off its glamour curbside. Its fragmented nature—with each boutique, restaurant, bar, park, museum and tanning parlour presenting its own singular universe—makes each adventure delightfully trippy. When I saw the Hollywood sign the second time, on this occasion from a lookout in the Hollywood Hills, I thought, Of course! The key landmark of this city is something usually only seen from far away, often through smog, like fame itself. I had to get to know the city to appreciate its icon.

I first visited the Berlin Wall in 1991, months after most of it had been torn down. Vendors were selling shards of commemorative concrete from makeshift booths along the wall’s former route. The construction hoardings made it difficult to navigate. On the segments of the wall that had been left behind for posterity, the graffiti had been painted during either the Cold War or in the immediate aftermath of the collapse of the Soviet empire. The second time around, a quarter century later, one of the largest remaining portions of the wall had been turned into the East Side Gallery. No longer a work-in-progress, its graffiti was now frozen in amber, at odds with all the new development around it. Strolling along, looking at the images, I was not inside history, but looking back at it.

There were 12 years between when I first saw Bangkok’s Reclining Buddha and when I visited a second time. Though there are many beautiful Buddha sculptures to see in Thailand, this gold-plated one, created in 1832, made the biggest impression on me because, at 15 metres tall, 46 metres long, it seemed much too big for the room it is in. With the point of Buddha’s headgear grazing the roof, it’s almost comical, and so a perfect representation of his final moments before entering into a state of Nirvana.

On a visit to Thailand last year, I was eager to see this Buddha again, to see how he’d be different or how I’d feel differently about him. But nothing had changed. He was still silent, beautiful and absurdly massive. I was still sweaty, amazed. It was a reassuring feeling: that some things don’t change and have the capacity to touch you over and over again.

If we are often surprised by our first impressions of an iconic destination, the impression made by a repeat visit can be more touching, tapping into what a place meant to us then and how it can mean even more now. It’s a little like stepping off the edge of the postcard to glimpse the bigger picture. 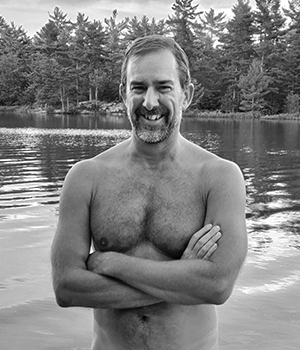 Paul is a PEI-born, Toronto-based writer and editor who covers travel, social issues, business and the arts. His work has appeared in many places, including The Walrus, The Globe and Mail, CBC.ca and Vice.com.